Tell us a bit about yourself and Vikings gone wild.

My name is Vince Vergonjeanne and I have been working in the Video Game industry for 9 years. 4 years ago, I got a chance to start my own studio, EVERYDAYiPLAY, specialized in strategy games. Vikings Gone Wild was the first game we released and was blessed with an amazing featuring and player feedback. We grew to over 3M users.

2 years later, my brother and I decided to join forces to create a board game version of the Video Game. I quickly realize EVERYDAYiPLAY is not equipped to run a board game creation and distribution process, and this is when Lucky Duck Games was born. With a proper structure to support the effort, we got to work and were please to meet the success we met so far. 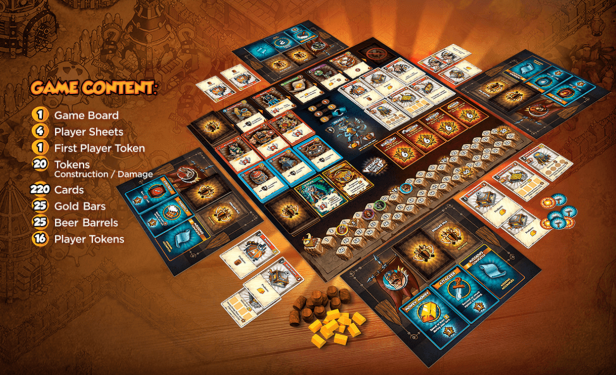 What did you do to build up a following before you launched?

I personally worked on the marketing aspect of the launch. It took me almost 3 months of full time work get where we got.

Here is a list of things we ran prior to launch:

– Brought a lot of people to that landing page by running giveaways.

– Organized a lot of community engagement by having people vote for their prefered title.

What is your best marketing tip?

One thing we worked a lot on was that video. From day 1, I believe that the first 15 second of a video should be focused on emotion.

It took a lot of work and bit of luck to capture these emotions from people playing the game during a gathering in a board game cafe.

But the final video was exactly what I wanted. An expression not of a game or a mechanic. It was an expression of emotions you will get by playing such game or mechanic.

If there was one thing you wish you knew before you launched, what would it be?

Prepare more strech goals! We did not expect the success we got. We were under-prepared in term of content.

We worked really hard to create more and more cards and content to keep feeding the next Stretch Goal! Huge kudos to my partner Mateusz Komada who drew almost non-stop for 21 days! 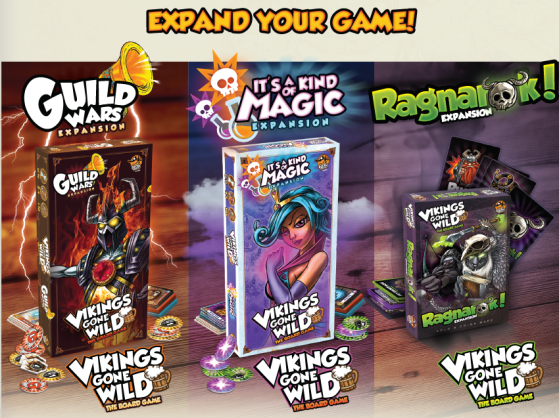 When did you launch and why did you choose that exact moment?

We launched once we had enough video reviews, on a Thursday, and in May right before the summer showed up its nose 🙂

The beginning and the end of the campaign are when most of the backers pledge. Whats your main tactic to handle the mid-campaign drop?

We used 2 tools to avoid the mid-campaign drop (and we had none as a matter of fact):

– We spent about $8K in advertisement to provide a constant exposition to the KS page. It worked really well for us.

How often do you send out updates and what do they include?

We sent an update every time we unlocked a SG. We had a clear template. For Vikings Gone Wild, it meant an update almost every day.

I see you had a money back guaranty. Why do you have that?

This is an extra security for people to know this. At the end we reimbursed about 10 people out of 3000.

What is the most important element of a Kickstarter page?

Value, emotions & social proofing. Each of them needs to have their own section. They all drive that final decision.

What is your favourite board game and why?

This year was Scythe. Amazing, elegant. I got obsessed over it!

Check out their homepage at www.luckyduckgames.com

7 thoughts on “A chat about kickstarter, with the creators of VIKINGS GONE WILD.”